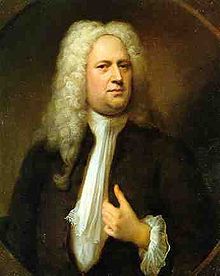 I have always loved music. Some of my earliest memories involve listening to my mother play the piano. I started taking piano lessons at age five, I was sight reading by age ten, and at age twelve I sang soprano in the “Hallelujah Chorus” from Beethoven’s Mount of Olives with a youth choir. Later, I taught myself to play guitar, and I was involved in All-State choirs and University Chorales. I still love to participate in the seasonal performances of Handel’s Messiah with the Limestone College Community Choir when I can. I have always fancied myself as somewhat of a musician, and yet composer study is one area where I have always really struggled. In this blog, I am going to try to deconstruct why I think I have been so unsuccessful with composer study in the past. Then I will share how I accidentally stumbled upon success during the first term of this year and how that will change what I do with composer study from this point forward.

First, I think I always had a faulty notion of what music is. Looking back on my musical training, I see that it was heavily influenced (like most other things) by Enlightenment thinking. Music was a technical skill—lots of drills with scales and chords and vocal exercises, lots of marking dynamics and following the signals of a conductor. You don’t really have to think for yourself very much when you approach music in this way. It becomes simply a stimulus-response activity that can be reserved for those who have natural ability and interest.

Second, I did not have a firm grasp on why composer study is important. I think this was a holdover from the mindset of Cultural Literacy (see E.D. Hirsch). This rationale goes that it is important to know about things and people that are part of our culture’s shared history. Any educated person should know about Bach, Mozart, and Beethoven, and so we study the important facts and listen to the works so that we won’t be left not knowing something that might show up on Jeopardy one night.

Third, I think I had (or have?) an attention problem. In fact, I think many of us probably have this particular problem, because we are constantly bombarded with music. It is in the car, in the grocery store, at the movies, and on television commercials. I have the habit of tuning it out or allowing it to simply be part of the background. The default mode in my brain is to think about or do something else while music is playing rather than to give it my full, concentrated attention.

These three issues have caused me to fumble through composer study for many years. Then, about three years ago, I began the paradigm shift in this area when I heard Rebekah Hierholzer say that music is, of course, a language that speaks ideas through persons. I apologize if that sounds trite to some readers, especially those who are true musicians or who have been immersed in Mason’s teachings, but it was an Archimedes-style “eureka moment” for me. Of course music carries ideas! I had been ever hearing, but never listening (which was probably why my mother expressed so much shock when she heard me singing Duran Duran in the back seat of the car when I was nine). Music is just another invitation for all of us to enter into The Great Conversation that spans time and space, in which humanity grapples with the big questions (see http://www.britannica.com/blogs/2008/12/the-great-conversation-robert-hutchinss-essay-for-the-great-books/). The beauty of music depends upon the quality of the ideas expressed, not just the technical skill of the performer or the emotional experience of the listener.

After this revelation, I began trying to help my students see ideas in music. Instead of just playing the music as the children worked during quiet activities, we stopped everything, closed our eyes, and really listened. Then I would ask the children what they “saw” in their minds. (Have you ever heard Jerry Clower’s comedic story about music appreciation class? Yeah. It was kind-of like that.) It was better, but it still fell flat, especially with middle school students who had already made up their minds that they didn’t like classical music.

Last year I actually dropped composer study after the first term out of frustration (gasp!), but this year I decided to go back in with a different approach and renewed determination. First, in order to help my students form a relationship with the real persons behind the music, I decided to only choose composers for whom there were living biographies available. Since I knew there would be local performances during the holidays of Handel’s Messiah, I chose to study Handel during the fall term using Opal Wheeler’s book, Handel at the Court of Kings. We read from this book once per week, and it always left the children begging for more. They quickly formed an attachment to the little boy who was so gifted and who loved music so much, but whose father was determined would study to be a lawyer. Score: 1.

Next, I decided to study Messiah. I brought my score to school for the children to see, and I asked if anyone was familiar with it already. One student (Susanna, daughter of Cindy Swicegood, concert pianist extraordinaire) was, but the rest had never heard of it. I told them that this work is usually divided, with the first half being performed during Christmas and the latter half during Easter, and that it contained one song that I bet every single child had heard many times. They were doubtful, but their curiosity was aroused and I was optimistic. Each composer study lesson began with, “Mrs. Spencer, are we going to get to hear the song today?” Of course, I saved that one for last. Score: 2.

The decision to study one work for the entire term instead of sampling songs or movements from different works was made as a kind of experiment. I based it on the desire to connect with the ideas through the narrative. The children were already familiar with the story of the fall of man and the plan of salvation through Christ, and that provided some scaffolding in associating music with ideas. During each composer study lesson, I placed the lyrics to the song where the children could read them as we listened. (More than one child expressed surprise that the choir was singing words; they had only heard a series of vocal noises!) As the weeks went on, we were able to have very interesting conversations about how the tones and tempos of the music matched the ideas that the words were expressing. Music could express joy, despair, or peace, and it could tell a story! Score: 3.

By the end of the term, the children—even the middle schoolers—were so eager to hear the mystery song. When I finally played “The Hallelujah Chorus” for them, they practically burst with surprise and laughter. “How did we not get that?!” On the end-of-term exam, the question on composer study, “Tell what you know about the life and work of Handel,” was by far the best answered by every single child. When we took a trip to a local college to listen to their choir’s rehearsal for the holiday performance, the children were able to listen with interest, their faces lighting up to one another when they heard a familiar song. And that, my friends, was Jenga.

What I learned from this term’s accidental success is that, just like with an anthology of excerpts from literature, maybe it is difficult to get the ideas as intended by the composer by listening to a smattering of songs from a compilation CD. We need the full stories. The story of the composer’s life helps us connect with the person, while the stories that the works tell put us in contact with worthy ideas through the language of music. I think this lesson will carry over now, as I introduce my students to purely instrumental works. And while I am sure this one experience has not turned my students into life-long lovers of classical music, I think it is realistic to say that it has at least ignited a spark that, with time and grace, will grow into warm, glowing embers in their souls as they cultivate an appreciation for this medium.